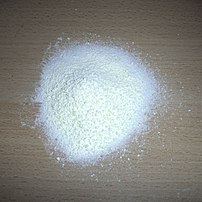 The Swiss authorities have ordered the withdrawal from shops of biscuits from Thailand and Sri Lanka tainted with the toxic chemical, melamine.

They say traces of the chemical were found in LomonPuff Munchee biscuits imported from Sri Lanka. They’ve urged other European countries to follow them.

In Sri Lanka Dr. Ajith Mendis, Director General of Health, told that Swiss authorities are yet to inform them on the withdrawal of Sri Lankan products.

“Now that we were told, of course I would be taking measures to get these buiscuits tested,” he said.

The judiciary has issued an interim order against the distribution and selling of Edna chocolate products. The order was issued after considering a petition by the Consumer Affair Authority (CAA) which said it is suspicious whether the company has used milk tainted with the toxic chemical.

Colombo Additional Magistrate ordered the CAA to produce a report on its investigations on 28 October.

With more and more milk products from China and Taiwan having problem. We really have to check where the things are produced. Here is a way to differentiate Taiwan made products and China made products: by looking at first three digits of its Bar Code.

If the first three digits are 471 – Taiwan made

Thank you for subscribing.

We respect your privacy and take protecting it seriously

This site uses Akismet to reduce spam. Learn how your comment data is processed.

Thank you for subscribing.

We respect your privacy and take protecting it seriously